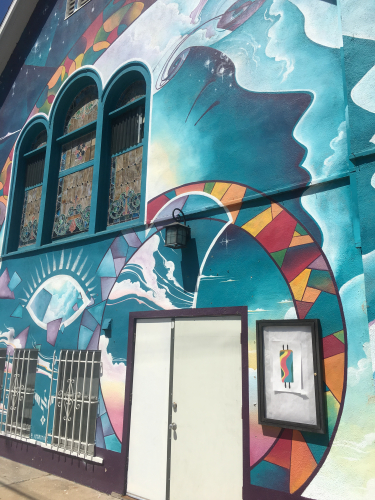 I am afflicted. At some point this week – a week that I’d been thrilled about and looking forward to, one which felt full of possibility – something soured. I’ve caught some kind of jealousy disease. Emerald Fever.

I’ve noticed a few symptoms over the past months. On a recent trip to visit my dad, we watched an episode of Close Up with The Hollywood Reporter which he’d saved to rewatch with me. My dad tells me about this show all the time, rightly assuming that I’d find the topic interesting and the conversations enlightening. But I never watch it on my own. The episode he’d saved, “Comedy Showrunners”, was excellent and even a bit provocative. I was engaged and entertained, but toward the end, I heaved an involuntary sigh. My dad clocked this and asked what was up. I told him I’d tell him later.

Later came that evening, when we watched “Drama Showrunners” episode. I spoke up, intending to simply share a curious personal discovery I’d had during the earlier episode, one that was proving itself again presently. But by the end of the sentence, absurdly, I was fighting back tears. “Instead of watching these people talk about writers’ rooms and industry experience and feeling excited about being there myself, all I feel is how impossible getting there seems.” The phrase I’ve been using for the past few months, the one that feels most apt, is “banging on a locked door.” That’s why I don’t watch the show at home. It makes me feel sorry for myself. Then that makes me feel small and petty.

Of course, I am not outside the industry. I have worked in the film and television industry for over five years; I went to one of the top film schools and learned the ropes from experts. I even helped develop a show that, god willing, will air on Netflix in 2020. And yet, the career I came out here seeking feels as distant as ever, if not (somehow, impossibly) more so. All I want is to be paid to do a thing that I’m really quite good at. But I simply cannot find the path forward. More and more, I worry that the path does not exist.

The truth is that the path both does and does not exist. On the one hand, searching up and down for a tried-and-true “way in” to where I want to be has led me time and time again back to the starting point. On the other hand, any journeyway between two points is technically a path. Just because I can’t see it doesn’t mean I’m not traveling on it.

This is the great irony, the one biggest way that real life is proving to be much different than the life we are prepared for in school: for most goals in life, you can’t make your way there by planning.

And all of this sounds great. What I want is to do all of it. But also, I want to be told I can. Also, I want time to crack wide open and allow me to live multiple lives at once.

What sucks the most about this Emerald Fever is that I know better. I know that I am blessed in many ways. I have things going on; I’m doing my best. And above all, the bittersweet, undeniable constant: I am an ambitious person, I love to learn and grow, and I will never be satisfied1. There is no end to get to; it’s all path.

Emerald Fever and her sister maladies — burnout, impostor syndrome, self-pity – will come and go. And whenever they come, I will try to return to gratitude and the sure-fire exorcism technique of putting words on paper.

1 I’m not even trying to quote Hamilton here, but that song makes me weep every time because of how deeply I feel it…it’s hard to distinguish from the general background weeping I do as soon as the soundtrack starts, but trust me, there’s another layer to it.

Posted at 11:51 AM in Los Angeles, Writing | Permalink