Just Do Your Job 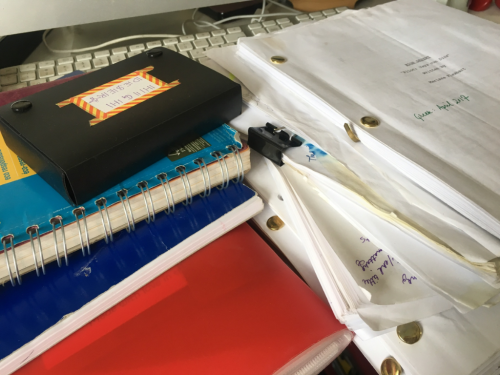 Yesterday I wrote about the common question Angelenos ask early on in meeting a new person, “Where are you from?” The potential, unintended complexity of that question granted, it’s less fraught than that other early-conversational standby: “What do you do?”

Regardless of where you live (in America at least), “What do you do?” is likely among the first few conversation ice breakers. And it’s harmless enough a question, though I’m sure a great many people would prefer to talk about almost anything else. But Los Angeles is a city where, for so many hustlers and dreamers and hustler/dreamer hyphenates, it’s hard to decide whether to name the job that pays your bills or the thing you’re striving with all your free time to finally be paid for. Am I a dancer or a barista? Am I a comedian or a Lyft driver? Am I a producer or a phone sex operator?

This issue — lack of confidence in the face of explaining what you “do” — isn’t limited to the creative arts, of course, nor is it limited to LA.  Earlier this week, I was talking to my good friend who is pursuing her PhD. Having (or working toward) a PhD in any topic has the side effect (intended) of deeming the holder an “expert” in whatever topic she studies. But being considered an expert is not enough to make one feel like an expert. Regardless of how many hours of her life she’s devoted to a subject, a young woman (or man, though the finer mechanisms of gender’s role in all of this would be an apt topic for another post, and maybe another author) might have a damn hard time making the switch, in her heart, from “student of” to “expert in” her field. My friend aptly employed the familiar phrase “Impostor Syndrome” to describe this discomfort.

Whenever I hear talk about Impostor Syndrome, I nod my head in understanding while simultaneously thinking “I’m glad I don’t have that.” I don’t think of it as a problem I have. Alas, I might be suffering from Denial Syndrome. I don’t think of Impostor Syndrome as a problem I have, and yet, if someone asks me “What do you do?” I follow up “I’m a screenwriter” with an awkward pause that is followed by a string of caveats ranging from the mildly interesting (“my boss at my day job produced TAXI DRIVER!”)  to the downright self-assailing (“I’ve been paid to write before, but I’m not being paid right now! Haha! This industry is crazy, right? But I’m just starting out. Ish. I mean, I’ve gotten work. Work that’s paid pretty well. You get it. Did I mention I have a master’s degree? Not that you NEED a master’s degree in screenwriting…” etc.).

I am a damn screenwriter, but I also hate to be disingenuous. In an industry built on self-promotion, I've been throttled by a fear that people would draw grandiose conclusions about my career, or worse yet, think I was falsely bragging. I expressed this habit, and my desire to quit it already, to my friend.

She said what I already knew to be true: I needn’t feel this way. But then she added, “Just because you’re not being paid right now doesn’t mean you’re not doing your job.”

One side effect of a temperament for constant self-examination is that you begin to discover ways to trick yourself into doing, hearing, and believing things. I heard this sentence from my friend's mouth, and I knew it would do the trick for me. It was like a magic key to the castle door of my, um, Fortress of Impostor Syndromocity. This One Weird Hack, I thought, can keep me from feeling like a liar when I talk about how I spend my hours.

Deep down, I know that other people’s assumptions are not my problem, and that I’m allowed to brag about a career path that has demanded and will continue to demand so many risks, leaps of faith, and so much uncertainty. But that knowledge hasn’t protected me from Impostor Syndrome. Until now. I write nearly every day, because “a writer writes every day.” I have a pile of written and rewritten scripts and more in the works. Armed with the thought that when I write, “I’m doing my job,” I have high hopes that I can own the calling that I’ve finally answered after years of fitful searching.