Last night at about 10pm I found myself somewhere completely new: the sidewalks of Beverly Boulevard, Los Angeles, heading east from what I believe is technically Hollywood.

Regardless of the heat of the day, nights in L.A. are typically cool and faintly moist, a city in a desert by the sea. But it was an unusually warm last night, and unusually humid all day, and the streetlights shimmered a few foot candles brighter in the thickened air. I hadn't intended to walk at all, but the warm night was so welcoming, I'd left my car at home, and the bus wasn't coming for at least half an hour.

So off I went on foot, and oh what wonders did I behold. Night-blooming cactus! A sleeping bulldozer! A late-night baker preparing for the morning rush. Street after residential street lit by quaint yellow lamps, short and warm and movie-set bright. It was honestly pretty magical. 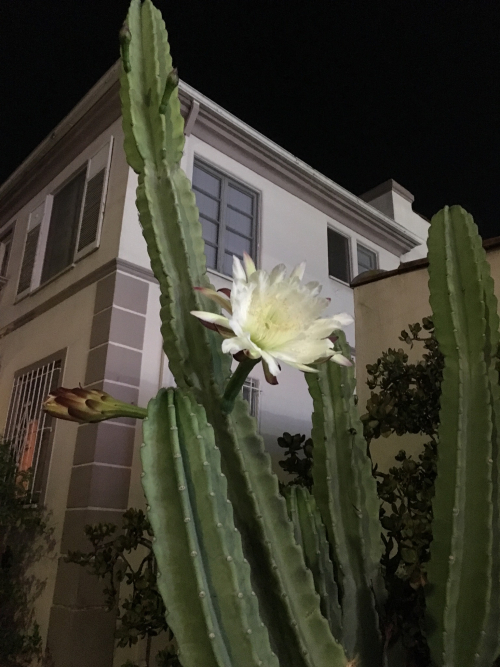 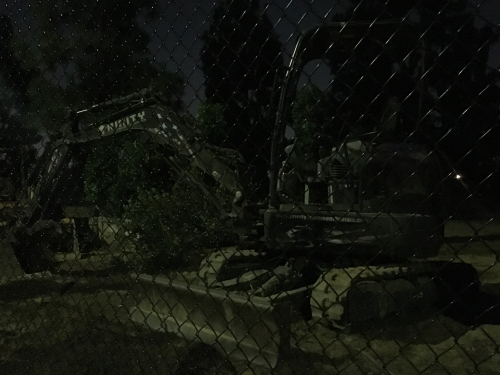 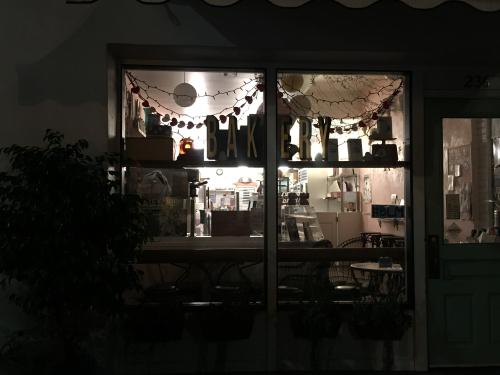 But here's the thing: I've been to Beverly Boulevard before. You might even say that it's the primary street I drive down to get to and from work nearly every day of the week. In fact, I take it from where it starts due west to where it caps off at Santa Monica. I know Beverly Boulevard like the back of my hand...but only from my car. I thought I'd seen everything it had to offer, many times over. I daydream about visiting every restaurant along the road and writing a big book about it. But on foot last night, I passed a little Mexican spot near Larchmont that I'd never seen before. I've admired the neon green "El Royale" sign from my car, but I never noticed the way it floats above the deep navy ocean that is the Wilshire Country Club by night.

It's a whole other world out there. What else am I missing from inside my car?

Posted at 10:51 AM in California, Cars, City, Los Angeles | Permalink