« It Smells of Wells | Main | The Tourists Become the Attraction »

Earlier today I wrote about how arriving in Salisbury was bittersweet. Then I left the hotel during daylight hours and walked a few blocks further into town than I had last night. All I can say is, it's a good thing I wrote that post BEFORE I made the trek, because once I laid eyes on the city center -- the unfathomably elaborate and beautiful cathedral at its heart, the cathedral where WE WOULD BE SINGING in just a few hours -- any misgivings I had about the place were lost.

I had a cream tea (scones with clotted cream and jam with a pot of tea) at a lovely shop, found limited edition candies in the local dollar store (which, to my great delight, is named "Poundland"), and was warned off a particular sandwich shop by a local who saw me considering it and simply whispered "it's rubbish" as he passed. But the highlight of the excursion was the cathedral itself. When I consider that I will be allowed to sing here, and to walk its corridors with a certain authority all week long, going in rooms marked "private" and strolling confidently through "exit only" doors, I am overcome with gratitude. How did I ever get here?

There are some logistical advantages to the new space too. Unlike at Wells, our organist (Jason) can see the director (Craig), making it easier to move as an ensemble. I can't say if the organ itself is a better instrument, but it's crisp and close and easy to hear, even in theore cavernous space of Salisbury, where virtually the full length of the church is in use for every service. What's more, when we gathered to rehearse before tonight's evensong (here held in the church itself, so we are very much on display for the many photo-snapping tourists), I realized that I am a better musician than I was a week ago. I'm watching more closely, I'm enunciating more precisely, I'm listening more intently. And because we all, amateur and professional alike, have been doing the exact same work all week -- same two hour rehearsals, same daily sung services -- I know that the entire choir is a better instrument than we were a week ago.

After these two magnificent weeks in these centuries-old tourist attractions, we will return to our home parish of All Saints Beverly Hills. Everyone I've ever taken there has commented on its beauty, but it doesn't boast a massive "Jesse window" or jaw-dropping scissor arches.   Founded 90 years ago, it's pretty historic by American standards, but medieval kings never pillaged it, never built it back up again under a new banner. It is, however, the church we love, and where we are loved, week after week; the church that sent us on this journey in the first place. I'm thrilled that we will be returning to them a better choir than we were when we left. 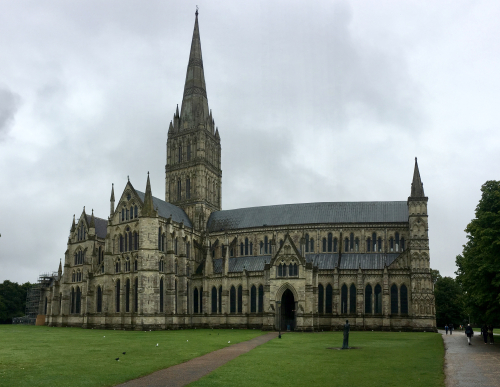 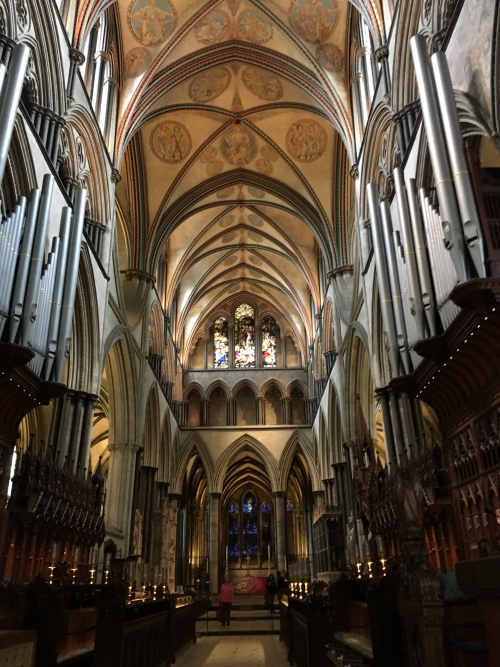 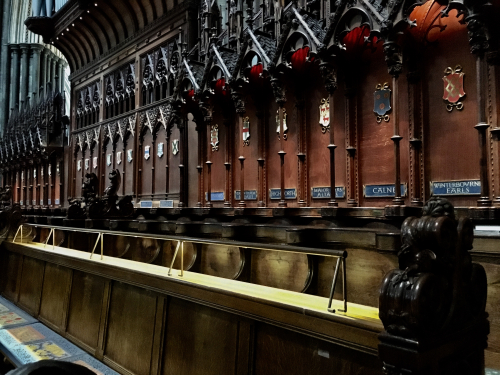 The "Scissor Arches" at Wells 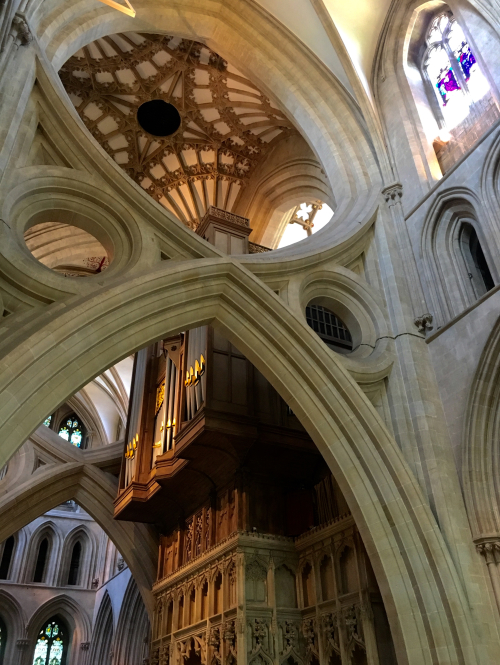