I'm really excited about the reservoir being refilled! But... 😉 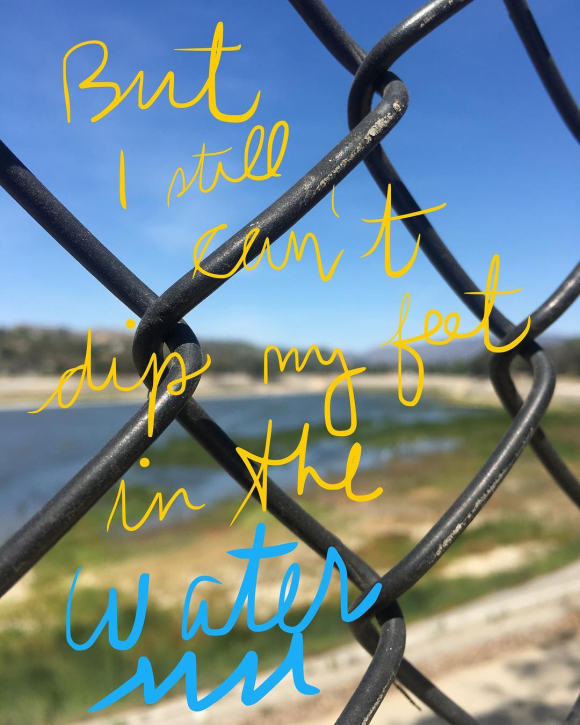 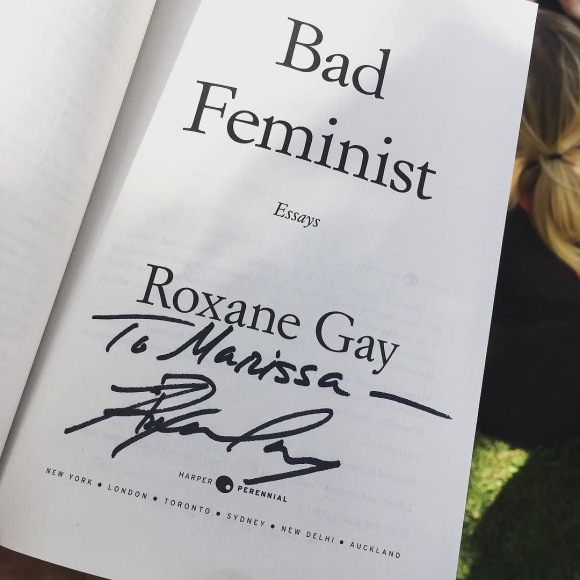 I met Jeni. My new friend Jeni told me to check out the patio, aka "The Garden of Eden." Also there was free ice cream. Did I mention I met Jeni?! 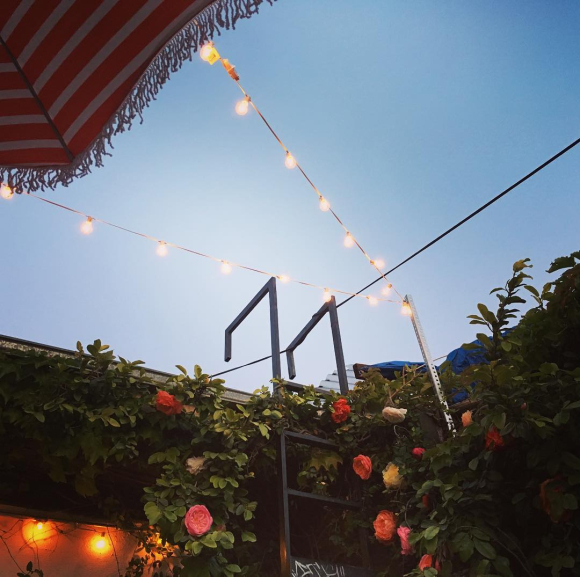 FINALLY a new recap on Sweet Valley Diaries! And it's a doozy, if I may say so myself... 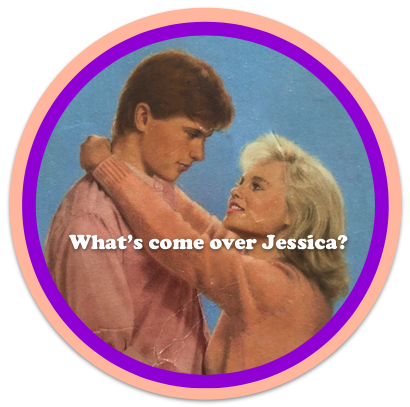 She swore she was going to make this relationship work, even if she had to turn her whole personality inside out to guarantee it.- p. 11

Adventures in First-Draft Notes, or The Hastily-Scribbled Pre-Meeting Prayer

If you're in the business of calling yourself a writer, one of the aphorisms you can't escape (no matter how you much you might want to) is, "Writing is Rewriting." Time has taught me that this concept is actually a real gift. If you allow yourself to write a first draft of a project (for me, a script) with the knowledge that it will be improved later, you've freed yourself from the crushing, vice-like pressure of needing to get EVERYTHING. EXACTLY. RIGHT. the first time. Suddenly you can produce a starting-point script (or whatever) much more quickly, and you can sit down at your desk every morning without that feeling of dread that (for me) comes from the fear of writing something that is not as good as what I hoped for when developing the idea.

The trick is, you can't just take that "finished" draft and call it a day. Yes, it might be far better than you ever imagined it could be. But you were writing to rewrite, remember? It's only half done. Hell, it might only be a teensy fraction of the way done.

I've just begun to rewrite a script that I speed-drafted last year and then set aside for a longer-than-intended amount of time. I knew the script had the potential to be so much better than it was, but I was also proud of what I'd (unexpectedly) been able to accomplish with my experiment in writing-to-rewrite, which was also an exercise in not being my own worst enemy/harshest critic/craggiest stumbling block, etc. But after a protracted period of ignoring that project, the other day I finally cracked open the extensive rewrite notes I'd gotten on the first draft.

The reason I had these notes is actually pretty cool: I got to take the script to a producing class at my grad school alma mater. The producers would practice giving me "studio notes." It may sound daunting, but it's something I've done several times and it's absolutely invaluable. One of the most important (and hardest to learn!) lessons I took away from my screenwriting MFA program was that you've got to WANT feedback. You have to CRAVE the notes, even when you fear them. If writing is rewriting, getting notes is like using Waze to get from one draft to the next. This is a strained metaphor, so allow me to elaborate: You have your first draft, but how will you get to the second? Are you going to just go on instinct, hoping you don't hit a dead end or a road-closure or a fucking police-car barricade because someone's wheel flew off on the 110?  Or are you going to request some guidance -- guidance which, like Waze's suggested routes, might be odious to you, and some of which you might choose to ignore, but which will mostly be helpful and allow you to get to your destination far more quickly than if you were going it alone?

Craving notes is easier said than done. Even in a low-pressure situation, exposing your brainchild to the unfamiliar and often scary brains of others is daunting. This is another place where the concept of "writing to rewrite" can protect you and your fragile writer's ego. If you've taken a draft out into the world for feedback, with the intention to rewrite based on that feedback, you already know it's not perfect, not finished. You're not being judged on how perfect it is, you're being given help to make it into the great thing it could be in the future.

I tell myself this in the moments before a meeting or feedback session. It is in those last fleeting moments before all parties are seated at the table that my well-reasoned wisdom gives way to the fear of judgement. And I was reminded of this fleeting moment of panic (before what is often a fun, exciting volley of ideas and new possibilities about a project) when I cracked open the notebook I'd taken to the aforementioned producing class. There, at the bottom of one of the pages, before several more pages filled with good ideas about what worked, what didn't work, and a plan of action for moving forward, I found this: Please give me the courage and strength
to behave with grace,
defend my vision
without closing myself off to opportunities for improvement

P.S. Help me to be my best self and not to cry

I didn't cry. Not even close. They really enjoyed my script, and I came away buzzing with ideas for how to make it better. And sure, I failed to take that energy with me into an immediate rewrite, but it's okay. I found my way back to that place eventually.

I like this prayer. So I wanted to give it to you. If you're not the praying type, call it a mantra – something you tell yourself to remind you what it is that you're doing after all. Take it and change it to suit your needs. After all, it's only a hastily-written first draft. It wants to be rewritten.

I followed my dreams all the way to a separate Instagram account for my Limited Editions of Popular Snacks Obsession/Quest. Follow @limitedendeavor if you're into that kinda thing 🙃 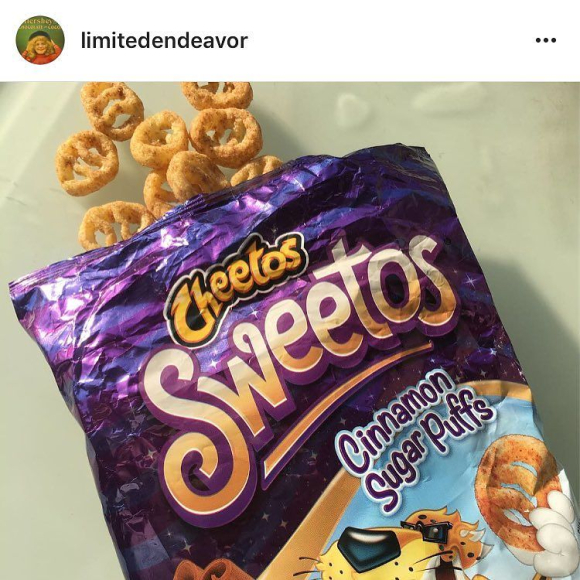 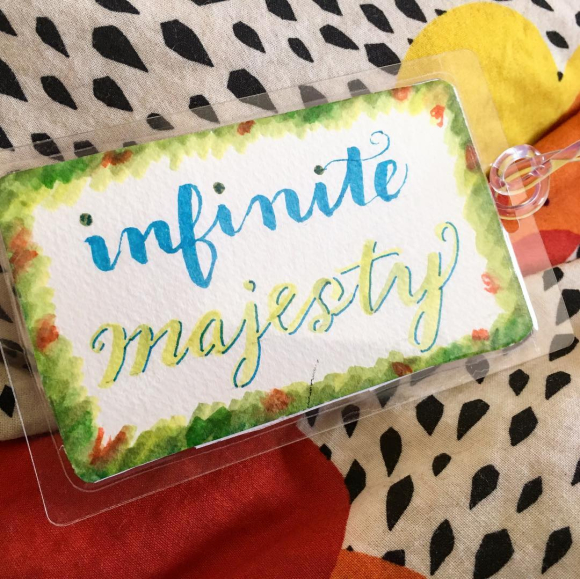 It’s almost too perfect that I only now got around to reading Roxane Gay’s phenomenal Bad Feminist now, 2.5 years after its publication. After all, it’s a move that precisely embodies the title concept: yes, I consider myself a feminist, but the truly irreproachable feminist move would have been to read this book when I first saw it in hardcover at the LA Times Festival of Books in Spring of 2015. What can I say? 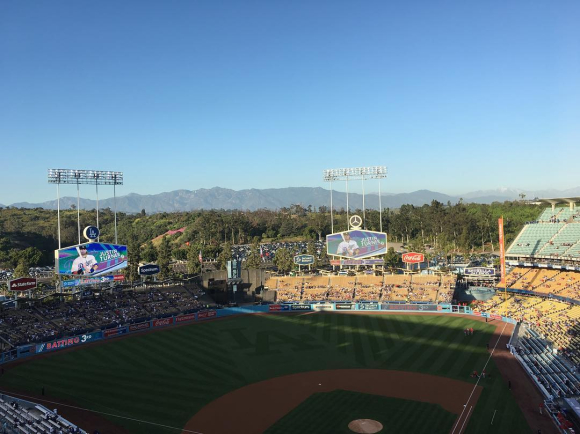