It was just a headlight replacement. 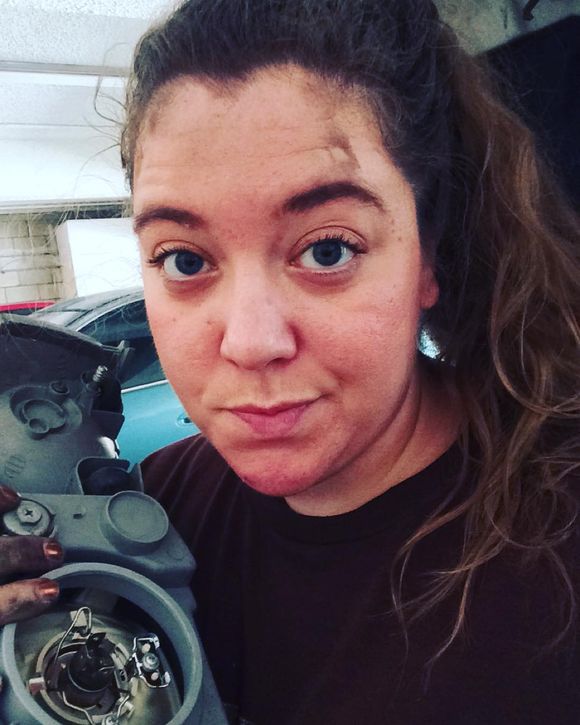 It shouldn't have been too difficult – I'd done the other one a few months ago, so I even knew what I was getting into. But one stripped plastic screw, one totally stuck headlamp assembly (it had a warped edge) and about two hours later, having two working headlights feels like a real victory. Special thanks to the neighbor chick who told me I looked "like a badass" covered in grease, to @rick.niley for moral support, and to another neighbor I met (also named Nick) who tried to help me. He didn't get the headlamp assembly unstuck, but his willingness to try gave me some extra wear-withal. Anyway, blah blah blah, behold my power and fear me. Yesterday's birthday made it pretty clear that I am a very fortunate woman with a lot of love coming my way. Thanks, everyone for fueling me up so I can send it back out into the world. ❤️💛💚 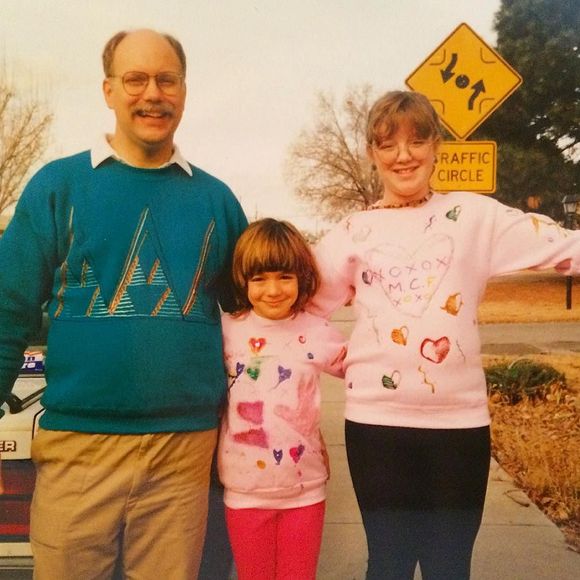 Got to look through a stack of old photos this weekend in ABQ. Many gems, but this pic of me, Meghan, and Dad in our hand-puffy-painted sweatshirts took the cake. XOXOX -MCF (xoxo)

Strange things are happening in my soda. 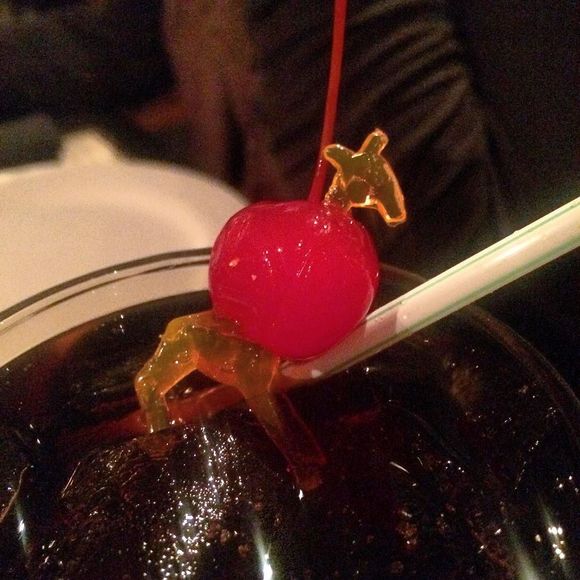 Every year, Meghan and I play a game called "Try and Remember the Very Special Family Recipe Grandma Taught Us But That We Don't Really Have Written Down Anywhere." It always works out. #klump #yesitscalledklump 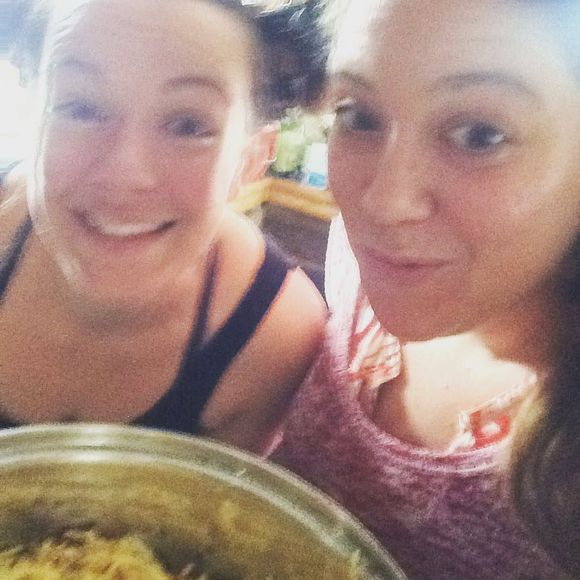 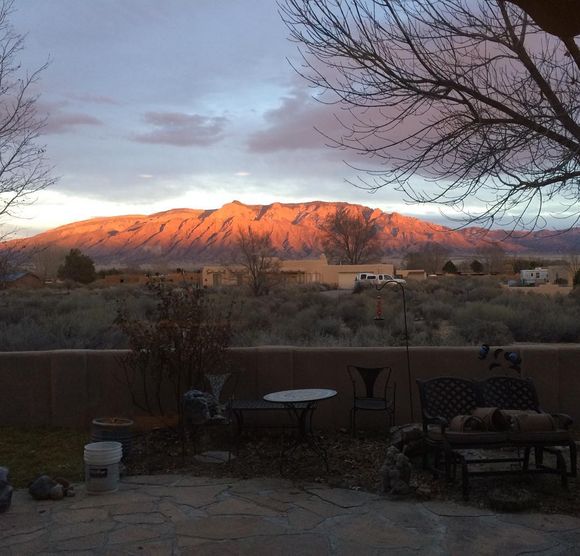 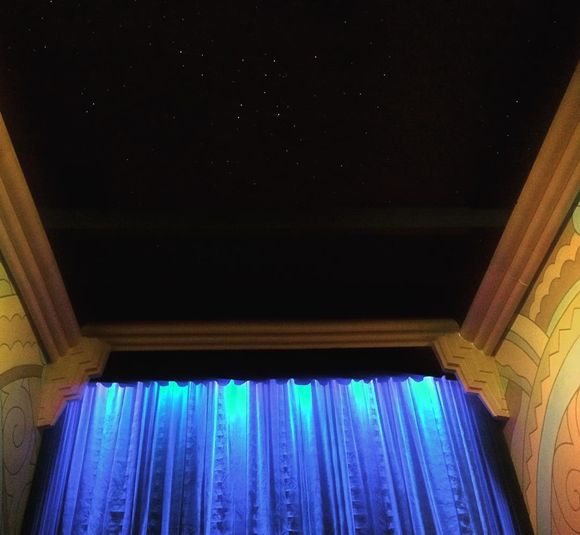 It was a good day all around, but gabbing with some middle school Girl Scouts on Sunset Blvd was definitely a highlight. Also, I scored some precious precious cookies! 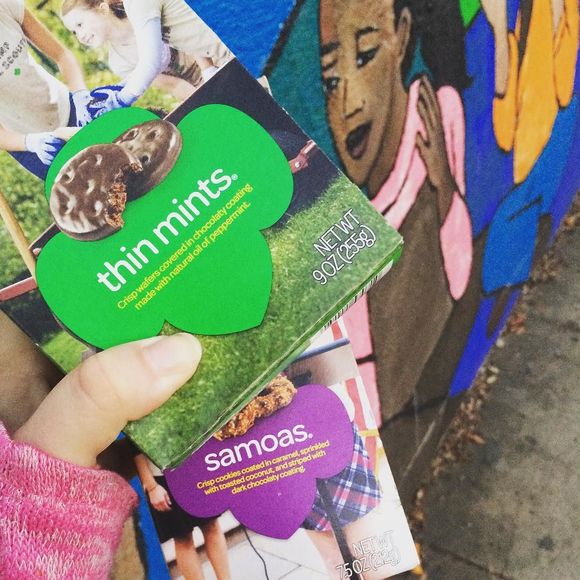 I was so excited that this great Chicago coffee spot now has a Beverly Hills location that I went back again less than 24 hrs after my first visit. The same baristas were there, greeted me and remembered my order. Sorry, S. Bev Starbucks! 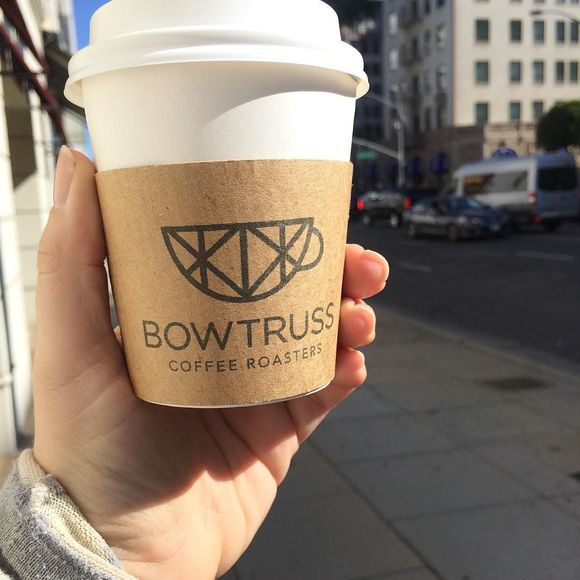