So here's something weird: now that I live in California, I almost never go to Chipotle. There's even one right by my place but, though I've long loved the chain, I almost always skip it in favor of something that feels more uniquely Californian. I mean, if I'm in the mood for sorta- kinda-Mexican food, I have tons of choices, regardless of what part of the town, county, or region I'm in.

It's not about avoiding chains, either. I think it's more that, even after nearly six months (!), I'm still in tourist mode. When I'm in a foreign country, I might be tempted to visit a McDonald's, but only to see how it's different from the US version; for most of my meals, I want to try something I can't get back home. Just so, in So. Cal things as commonplace as Rubio's, Wahoo's, even El Pollo Loco, have the benefit of feeling novel, because we don't have them back home.

Today, I discovered a strange, added bonus to my somewhat illogical avoidance of Californian Chipotles: as I walked through the front door, that familiar Chipotle aroma hit me, and it instantly reminded me of home. I wasn't at the Chipotle of Orange, CA, I was on State and Grand, or on Ontario in Streeterville where we used to take our lunch breaks, or down on Jackson by the library. Through avoidance, I managed to make a national chain feel like home.

The catch, now, is that I'll only be able to experience this feeling maybe once every month or two. I figure if I walk through those doors too often, the smell of the restaurant will lose its transportational powers.

But I can live with that. After all, it's just Chipotle. 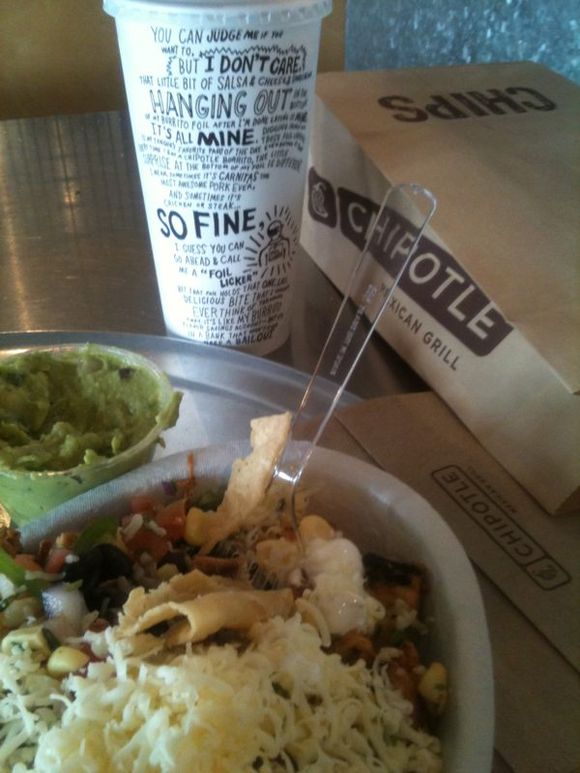