Wherein I Am Victorious Over the DirectTV Installers

Today I got DirectTV. Our high-rise building is switching en masse, and I'm actually pretty excited about it, mostly because it will bring me HBO Go and Adult Swim Gold.

All went smoothly except for one thing: the installer took one look at my Airport Time Capsule and told me I might have to get a new router, or at the very least call Apple, which could take a few hours. Another installer seconded the opinion, saying that the Apple AirPorts didn't work well with DirectTV. I wanted to ask sardonically if DirectTV supplied their own special version of the Internet that was somehow unlike the regular internet and thus confusing to lowly ethernet ports, but instead I told him I wasn't worried about it. Besides, they'd already mentioned that plugging an ethernet cable directly into their box from a computer would work. But I digress. Now for the good part.

Actual time to solve internet on problem on my own? Approx. 7 minutes. I'm sending this post to you wirelessly through my Apple Time Capsule right now. Since I was prepared for a hassle, it was no big deal: I restarted everything, ran the simple diagnostics on my Macs, and Sweet Victory was, and is, mine. And you'd better believe I went out in the hall and told him that I got it to work. I was humble about it. I even explained how I did it, and mentioned that I didn't really think it was his job to know how to deal with the Apple stuff. Which is true. But the ironic thing is, the Apple stuff is probably WAY easier to understand than any of the other technology these guys have to deal with on a daily basis.

At any rate, it's nice to know my five years as an Apple employee weren't wasted. :)

Just now: One tourist walked past another tourist who was taking a picture of the old Masonic Temple (now a Bloomingdale's Home Store). The first tourist said to the second, ostensibly a complete stranger, "Yeah, I took pictures yesterday. They've got beautiful buildings, don't they?"

They = Chicagoans. And yes, we do. 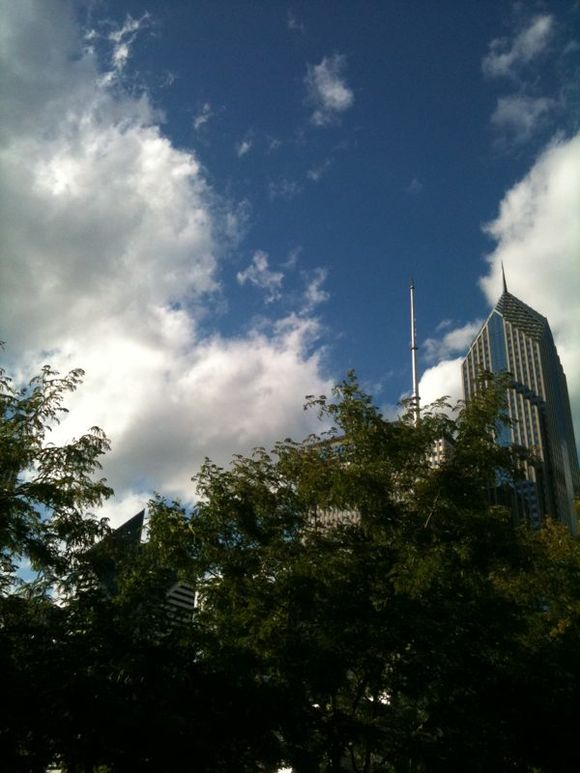 If you have spoken to me at all during the past three months, you may already be aware that I have become passionately obsessed with Adventure Time on Cartoon Network. Since the show is ostensibly for kids, it airs during the network's hours of kids programming (which are most of them), which means I sometimes get to see some pretty nutty commercials. Today I saw these gems: 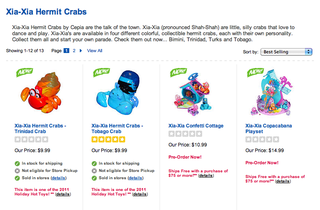 I can't find a video of the commercial, but the product is apparently made be the same people who made the weirdly popular Zhu-Zhu pets, which are little robotic hamsters on wheels. My guess is that the company, Cepia, thought to themselves, "how can we make the same product, only more bizarre and for girls?" And the answer was clear: Sparkly Hermit Crabs.