Did it ever bother you that on Friends Ross's son Ben seemed to change ages and faces from season to season? First he was a baby, then he was played by little twin toddlers, and for the last few seasons, he was played by the too-old Cole Sprouse, back when he was known as half of the cute kid from Big Daddy (instead of one of the creepy twins from Suite Life and freaky GoGurt commercials).

Well, this kid-switching happens all the time in the world of sitcoms. And sometimes, all rules of time and space are ignored. One season, a baby is born, and the next season, a cute little toddler has miraculously taken his or her place. For the producers, it's a win-win: they get all the drama of a birth episode, get to skip the inconvenience and expense of having a baby in the cast, and then revel in all the refreshing cuteness of a precocious youngster. And all it costs them is a WTF moment from their adoring fans, along with a certain amount of our trust and goodwill - after all, we thought these people were supposed to be, like, real!Unsurprisingly, shows that pull this drastic maneuver are sometimes trying to rejuvenate a cast of kids past their prime, or refresh the plot possibilities of a long-running program reaching a lull. Family Ties' baby, Andrew, was born in Season 3 and somehow started preschool in the premiere episode of Season 5, less than two years later. Baby Einstein indeed! Some genius producers recognized that the show was going to outlive Tina Yothers' girlish cuteness. On Growing Pains, fourth child Chrissy (born at the start of Season 3) was aged into a 6-year-old just as the old cutie-pie Ben became the tallest member of the cast (Ashley Johnson debuted as the older Chrissy in the premiere of Season 6, about the time the character should have been turning three).

So, is it even possible to have a baby on a show and let him age as normal? Case and point: I Love Lucy. Little Ricky's "birth" in 1953 was watched by an estimated 44 million people, and the attention-grabbing baby managed to mature at a relatively normal speed. That said, there were a few cast changes involved, and the actor we associate with the character (Keith Thibodeaux) was actually born in 1950. But come on, guys. It still counts.

I published this on GB a few days ago as part of my countdown. Then I accidentally unpublished it. Oops. 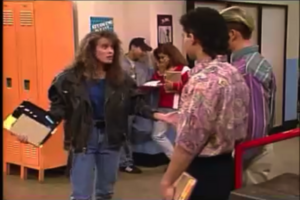 By now, the big TV news has had time to sink in. The drama surrounding Charlie Sheen's real life has faded, but a little fading is nothing compared to his parody life on Two and a Half Men. The world has officially learned that Sheen's fictional counterpart, Charlie Harper, is dead, or will be come this fall. The show will go on without him, however, when a web mogul names Walden Schmidt (Ashton Kutcher, of course) buys Harper's house. Sounds pretty crazy, right? Maybe so, but it's hardly the first time in sitcom history that a popular character has been replaced.

As Fall premiere season nears, let's take a look through the annals of primetime and countdown ten of the biggest cast adjustments in the world of sitcoms.

Here's something I wrote for Gapers' Block. Yay!

Why is 'Rolling Stone' anti-cursive?

I'm a little behind on my magazine reading, but I've been leafing through the August 4 issue of 'Rolling Stone' I've had stashed in my desk at work. One of my favorite recurring features is the news-bite infographic, "Threat Assessment," where recent occurrences are rated on a scale of "With Us" to "Against Us." Far down the scale toward "Against Us," this issue lists the spike in birth control prices after New Hampshire's defunding of Planned Parenthood and government shutdown that caused "beer shortages" in Minnesota. On the "With Us" end of the spectrum is the birth of South Sudan, a Bahamas ban on shark fishing, and..."Indiana schools stop teaching cursive."

What? Really? Putting aside the fact that I clearly remember learning D'Nealian cursive in an Indiana public school, I'm totally confused as to why 'Rolling Stone' would take an anti-cursive stance. Yes, in a digital world, cursive is probably less important to the average human, Hoosier or otherwise. But handwritten communication is still a part of life — think of memo boards, greeting cards, phone messages — and all that NOT teaching it does is create a generation of Indianans who can't read half of other people's handwriting.

I know, I know. There are text messages, emails, digital display screens, and probably cursive-reading apps out there to help the confused reader of analog text. But this obsession with how ubiquitous virtual text, information, and possessions have become seems to assume that there will someday exists a people that don't need ACTUAL anything. Personally, though, I doubt that paper and ink will ever die out completely. A paperless, hadwriting-free world would be one where we all stared at screens all day long, for everything. Does that really sound appealing to anybody?

We'll see. For now, the world is still full of paper and ink, and, hand to God, I use cursive every single day. I guess I'll just have to hand-write a desultory letter to 'Rolling Stone,' sadly knowing that none of the little third-graders in Indiana will have any idea what it says. 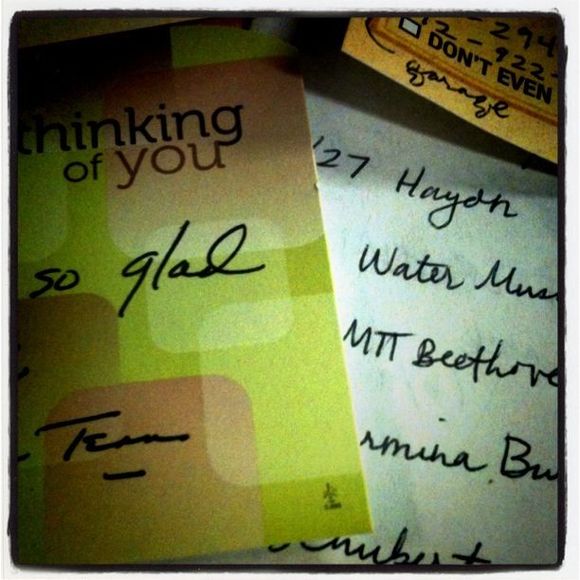 Here's a premise for you: Jason Bateman, Jason Sudeikis, and Charlie Day (of It's Always Sunny in Philadelphia fame) are buddies.

This is probably NOT how the pitch for Horrible Bosses actually went down, but after seeing the film, I don't think it's actual premise was as critical to its success as was the chemistry and loveability of its leading men. These funny guys are funnier together. Of course, Horrible Bosses is also about bosses. Kevin Spacey plays Jason Bateman's megalomaniacal coroporate boss, stringing him along with a promise of a promotion that never seems to come. Jennifer Aniston is Charlie Day's sexy-but-psychotic boss, a dentist who doesn't understand the concept of "sexual harassment in the workplace." And Colin Farrell plays the coked-up, douchey new head of Jason Sudeikis' small business. Each of these actors revels in his or her exaggerated character, each a delicious foil to the normal-guy lead they boss around. Top it off with a cameo by Jamie Foxx as a shady ex-con with a dubious grasp on the murder business, and you've got a movie that's worth seeing for the cast alone.

Just posted on Cineplexus. Now to work on the next one, for "Crazy Stupid Love."

Dad (who's usually pretty culturally aware): I don't know if it's always like this, but a lot of people are wearing band t-shirts. Or, I think they're for bands. There's one for Muse...I saw one that said "Bad Religion." That sounds like a band name.

Me (clapping hands with delight at this observation): Yay!