When I quit my job last spring to embrace, however temporarily, the life of the starving artist, one of the first decisions I made had nothing to do with art: I would memorize, in order, the names of America's presidents.

It was one of my nerdier decisions.

I will keep my methods to myself (a magician doesn't reveal her tricks, etc.), but suffice it to say that they have been effective. With only a little struggle, I can tell you the US Presidents in order. When I ran into a crossword puzzle clue asking for the first name shared by six presidents, I started wondering what other names were common among those old white guys that nominally run this country. And instead of the Internet, I thought I'd use my brain. I was surprised at how few repeats there were. I mean, it was no shock that there was only one Millard (and but one Barack), but only one Thomas? Only one Benjamin? Weird. 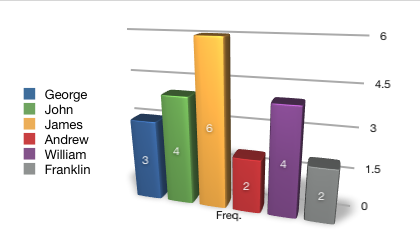 The chart above includes all repeated names, and there aren't too many. If only politics in general were as non-repetitive and unpredictable. But I digress...

In Lincoln Park, there's a funky little restaurant called Icosium Kafe. Hidden in a long list of drink choices, you can find "Armenian Mint Tea with Honey" listed. If you should ever go to this restaurant, get this drink. They serve it to you in a pretty metal pot with miniature glass mugs, rimmed in gold. The glasses have mint leaves in them, which you can douse with a bit of honey before adding the tea and stirring with the tiny spoon they've provided.

It is ridiculously delicious. After trying this unassuming little beverage for the first time, I had to peek under the lid of the tea pot. Inside, there was healthy handful of mint leaves, two mint tea bags, and even some cloves. This simple but beautiful drink was too essentially decadent not to recreate.

Do it! But consider not using tea bags that have been in your family since the 1980s. 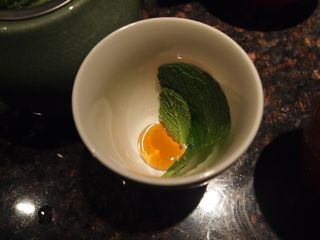 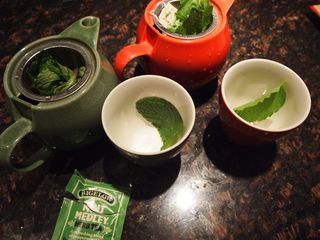 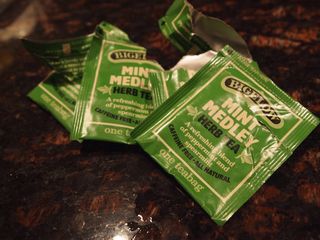