I have wanted to learn to play the guitar forever, but I honestly think I might be more suited to classical guitar than regular chord strumming. I have learned chords in the past, but my hands are really too small to do the whole power-chord thing very well. But I have played the cello since I was 10 (this fact always sounds insane to me - that's 17 years! What?!), so I am pretty good with the whole "press here, make a note" dealie.

When I learn to play classical guitar, the following song will be my Moby Dick. Only I will catch and defeat it. Oh, sorry for not issuing a spoiler alert, anyone who doesn't know the ending of Moby Dick.

Embarrassment of Riches: A Parable

The phrase "embarrassment of riches" has been running through my head today. Despite my current state of perpetual sleepy dizziness (I'm tapering a medicine I've taken for 9 years, and it has icky withdrawal effects) the fact remains that my life since I quit my job has been laughably sweet. I get to make my movie, try to monetize my hobbies, and all with a roof over my head...in a downtown high rise. Sometimes when I tell people what I'm doing now, I feel as sheepish as if admitting a sin. That Protestant work ethic dies hard.

Yesterday I won tickets to see Ricky Gervais, only to realize it was the same night I was getting to see Candide at the Goodman; today, I found out that my father was able to change his Goodman tickets. Now I get to see both. See? It really is a little embarrassing.

I started using the phrase "embarrassment of riches" to describe the conditions under which I left my job. The details of this are something would be mean to discuss on the Internet. So I will make it a parable. After 27 years of church, I think I might be able to write a pretty convincing parable. Let's see.

So, a hardworking man was planning a feast, and was looking forward to sharing the fruit of his labors with everyone in his village. No sooner had he sent out his invitations than he got word that a newcomer to the village had been inviting everyone else in town to a feast the same night as the hardworking man had planned to have his own feast. Everyone had already agreed to go to the newcomer's party, and while they were filled with sorrow on finding out that the man's feast was the same night, it was too late for them to change their plans. The man angrily hoped that the newcomer's party would be a disaster, until a wise friend advised him to put aside his anger. It was pointless to wish for the feast to be ill-prepared or bitter-tasting, when all reports from the newcomer's former home told of his richness and skill at entertaining. Resigned, the man decided to cancel his feast and attend the newcomer's party.

By the time the night of the party arrived, the hardworking man had been told by many friends that they were sorry that couldn't come to his party, but the man assured them that the newcomer's party would likely be fabulous. No one would regret attending. But lo and behold, the newcomer's feast was awful. The music was insipid, the meat was overcooked, there weren't any vegetarian options, and the decorations had been an afterthought. The man observed this, but thinking he was biased because of his private bitterness at canceling his own feast, he tried to have a good time any way. No one else, though, was able to enjoy the party, despite the fact that all their friends were there, because everyone was in such a foul mood. Quietly and in turn, nearly every guest came up and spoke to the hardworking man, whispering "If only we'd known! If only we'd refused to come to the newcomer's party!" Some were even crueler, wishing the newcomer ill. The man wanted to be pleased, but he felt more shocked. His wise friend had smartly warned him that such an outpouring of a regret was wrong to hope for. Now, the man was truly the possessor of an embarrassment of riches.

So, yeah. If you want to repurpose that for your Sunday School classes, feel free. Those of you who know me personally may be able to fill in the blanks, but hopefully enough time has past since the parable above (sort of) happened to me that it's become a non-issue, a historical event relevant only to me. I have enough to be embarrassed about.

A New Camera, a New Coffee Maker, and a Story

I have been putting off getting a new camera for a long time now, saving up for something really nice. It wasn't what I originally planned on, but when I came across the new Olympus PEN, I fell in love. I can't explain it, but somehow the camera seemed perfect for me.

I was inspired to trust my gut and purchase the PL-1 in part by something unexpected my father did just last week. Let me spin you a tale… 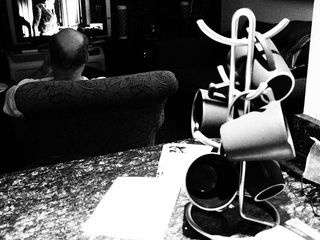 Our coffee maker broke three weeks ago. I love coffee, but I am perfectly capable of getting through the day without it (not that I don't have a caffeine addiction like the rest of us; I can be sated by Diet Dr. Pepper, nectar of the gods). My dad, on the other hand, drinks a pot of coffee before noon every day; in fact, on weekends I would sometimes wake up to an already emptied pot, dad jumping to his feet to say "I guess I should make some more coffee." Our little coffee maker had worked hard for five years, and then it stopped, right before my dad left town for two weeks.

While he was gone, I was at Williams Sonoma, a place I often go to lust after things, dream of future space and money, and buy nothing. I spotted a beautiful Moccamaster coffee maker that had Dad's name ("Dad") written all over it. I figured it would be one of the candidates in an exhaustive body of coffee maker research. I was wrong. Dad walked into the store behind me, looked at the specs of the gorgeous machine, and said "well, let's get it."

I was shocked! I even suggested that he look around a bit and think about it before biting the bullet. But much to my surprise (again) Dad said it was something I'd told him that made him feel like going for it. After reading Dan Ariely's Predictable Irrationality, I'd talked non-stop about Ariely's study showing that comparing similar things with totally different features can be more frustrating than helpful, and often leads to an (economically) irrational choice. Dad stated his reasoning simply: he didn't want to frustrate himself with a big search when it was already clear that this was the ideal coffee maker.

Long story short, I bought the PEN. I didn't consult my photographer friends. I didn't do a particularly thorough side-by-side comparison of the PEN and other cameras. And I couldn't be happier with my decision. 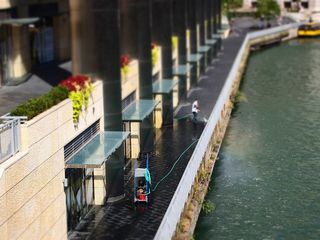 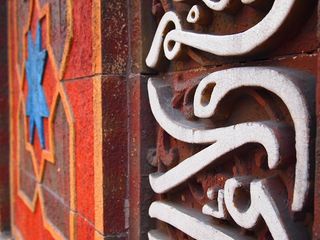 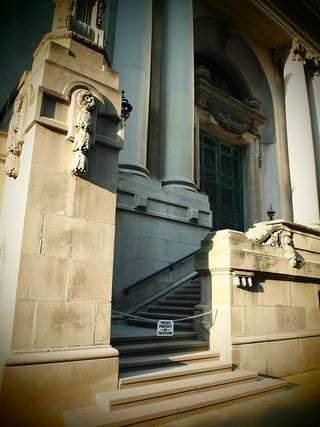 All photos taken by me with my new camera! Yay!!! Check out my Flickr.

One of the fun things about being me is that I am the only person named Marissa Flaxbart in the world. It's true. Weird, right? Life is short, so I've decided to embrace it. That's why there is marissaflaxbart.com and it is this and you are here, looking at it. It is me. Only, abbreviated. And digitized. Electronic me.

Look around and enjoy, leave comments, contact me if you'd like to have something made or written or baked or planned. Or just look. Looking is nice. It can be transitive or intransitive. Really, it can.

Website. Me. You. The Internet. It's all pretty amazing.

If you should happen upon this site today and nothing makes any sense, please try and overlook it. I'm making major cool changes!

Today, my dad comes home after being out of town for work for two weeks. What better reason does one need to make cupcakes? I felt like branching out a little from my usual baking cookbook staple, Shirley Corriher's Bake Wise, but there's no better source for recipes, so I used her "Moist Golden Cake" as a base for some extremely silly cupcakes that were inspired by a cake I saw at the River North Goddess and Grocer the other day:

I didn't really want to make a six-layer cake, but I loved the idea of coloring batter and playing with it. My cupcakes didn't involve any icing in between layers, which created a really psychedelic banding effect. I only made five layers (no yellow, alas) because I would be separating the batter over 12 little cupcake wells. Five layers seemed like trouble enough. My colors aren't as bright, either, but I'll keep that in mind next time. I didn't want to spoil the delicious cake with all that dye, and I didn't want to waste all my dye on an experimental dessert! I'm happy with the results, nevertheless:

On top is lemon cream cheese frosting, which I made by altering Shirley's "Carrot Cake Cream Cheese Frosting" recipe. There's about a tablespoon of pure lemon extract and the zest of one lemon in there. It's really lemony, which is perfect with the richness of the frosting and cake. Plus, dad will love it. But don't spill the beans; it's a surprise!

My Name Is Marissa, and I'm Addicted to Learning How to Do Stuff

In case you haven't noticed, I'm kind of a hobby collector. Well, that's the least flattering way to put it; my preferred phrase is "Renaissance woman." I don't pick up new pastimes and abandon the old ones, willy nilly. New things (often tangentially related to the old things) just get added to the cycle. For example, my aunt asked me this spring if I'd been doing any baking lately. She was just making conversation, and she knew how much I love to bake. But I honestly had to say no; I'd been doing calligraphy, embroidering things, and making picture frames out of books. It hadn't occurred to me that I'd been not-baking. This realization kind o bummed me out, so when I got the chance, I continued my baking studies, and started making bread. Unfortunately, "blogging" has been just a part of the cycle as well. I do it like gangbusters for a while, feel great about it, and then let it slip. I don't think that's really supposed to be what blogging is all about. But I know my nature, so what's to be done about it? Idea! I write about whatever project I've spent the day working on. I think it will actually be pretty interesting. As a document of my lunacy/guru-hood, it will help me keep track of what I've been doing, AND promote/publicize my skills and products, such as they are. Plus, it will help other hobbyists, be they serial like me, or more focused, like, say...Bob Ross as a teenager. Wish me luck! 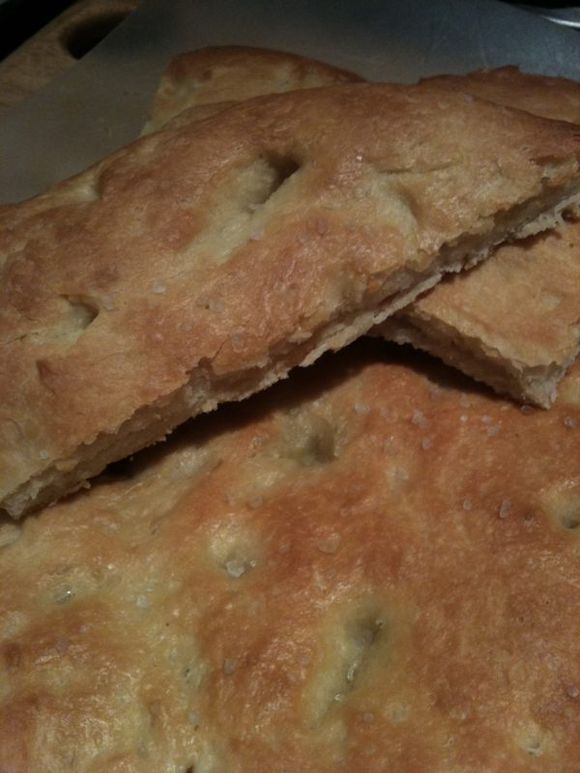 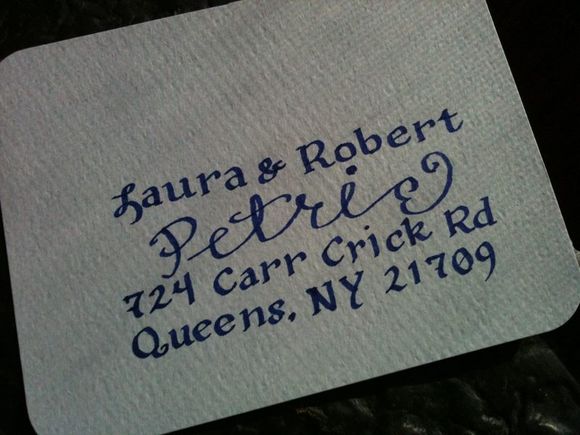 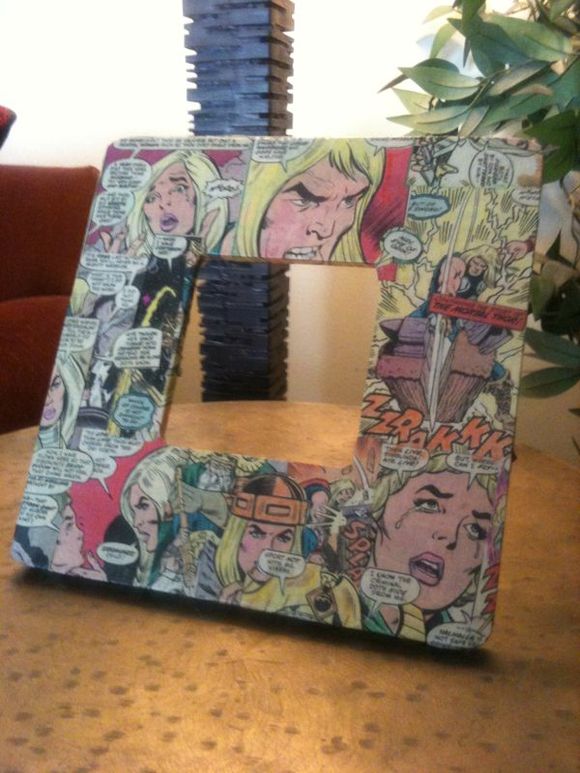 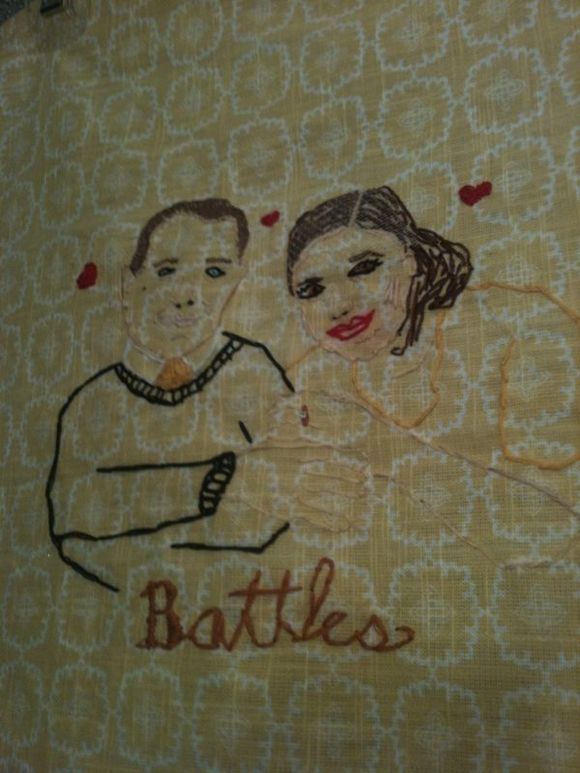