« Lake Michigan Is Behaving Itself | Main | Mad Men Barbies. It makes so much sense. » 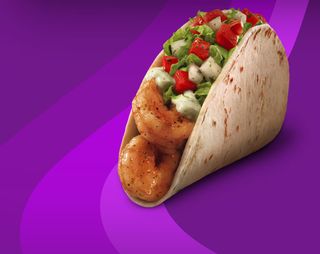 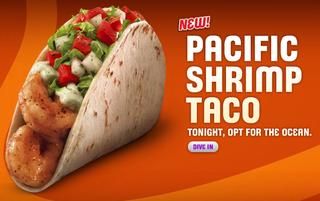 Hold the phone! Taco Bell has unveiled a new taco. Normally not a particularly blog-worthy news item, normally, but this is not just any taco. It's a shrimp taco. Like, the seafood shrimp. In fast food tacos. From Taco Bell. It's called the Pacific Shrimp Taco, but it's available here near Lake Michigan.

It's not like seafood tacos are a new thing. They give them out like Halloween candy in Los Angeles, and they're pretty decent at Baja Fresh out there. But we're not talking Baja Fresh here, we're talking Taco Bell, a restaurant that you'll find in nearly every town in America. For Taco Bell to create a seafood-based taco and plan to sell it all across the country is…well…fishy. Sorry, but it is.

My big battle with this thing is … To Try or Not To Try? I like shrimp, and the taco also promises (gasp) guacamole (okay, okay, "Avocado Ranch Sauce"), but do I trust mass-market, fast-food shrimp? I don't think Taco Bell's legal department would okay the use of anything as dangerous as unsafe seafood, but where does that leave us. Like, could it be shrimp-shaped something else? It seems far-fetched, but I can't shake this dubious feeling. And I'm no Taco Bell hater. I can't help but wonder what the rest of the Midwest thinks about all this.

Posted at 08:03 PM in Current Affairs, Food and Drink | Permalink

I'm really truly love guacamole. Is one of the best things I've ever eat.q